How to talk about Death 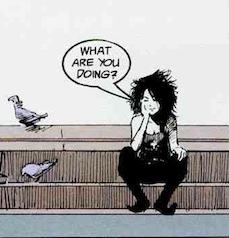 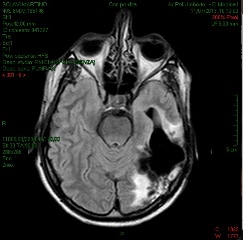 ‘Normal life’ is truly beautiful. Every day I love it. I like walking into a room and just being a ‘normal’ person. Yes, I have always presented myself socially through my hair, beard or clothes as a slightly odd dude, but that has always been in a spectrum of ‘strangeness’ that people can recognize or talk about with their own opinions or references.

Six years ago, my obvious and fun social dynamics changed drastically. It was truly mind-boggling to constantly see how people’s faces changed radically while I was narrating, in the calmest way I could, the oncological statistics of my own life. I was aware that using the word ‘death’ would bring sadness, but as my voice came out of my mouth their character, their face, the eyebrows and the rhythm of their breath just astonished me. To make it even worse, once I had put out that basic piece of information people seemed so saddened that they couldn’t even hide or break the surrounding atmosphere by walking away or picking up their phone. What could they say? What could they have asked? There was no doubt that I was the one who had the responsibility to somehow take them out of that space.

My first attempt to break that sensation, to get friends, relatives or random people back into a ‘normal’ reality, was to pull out my IPod and show them the image of my last MRI – so that we could perhaps think about having a laugh at the fact that the big hole in the left side of my brain did look like a bird. While for about 25% of the people that trick did work, I had to come up with something for the remaining 75% of the audience. Sadly, I never really found any visual or verbal narratives that worked, and so to the damage of my marital relationship I used my – ‘I am tired’ card – and just stayed home.

As I had forced the lives of every single member of my extended family to change, I had to find a way to manage my own guilt. It wasn’t really ‘my fault’ but all these people’s lives were wrecked on so many levels- physical, emotional and economic.

I spent some time with a therapist, but I actually realized that the people around me needed to share their drama more than me. It might be strange but actually, often the family members need more support to embrace the changes than the ill person themselves. Along the way I had ran into a few people, partners or family members, who by joining support networks and sharing their stories managed to pull themselves up.

I guess that we, the ‘ill’ people, just have to find our own paths to stay optimistic and distract ourselves from the oncological narrative. Ultimately, it was only that 25% of people who allowed me to talk about my thoughts and my projects. These friends aren’t any ‘better’ than anyone else, they are just able to put their strong emotions aside and embrace my new reality – my explorations of strange philosophy, a new, darker, sense of humor, my impulse to badly re-stich and sow my old trousers and jackets and my new relationship with my computer. I had been writing nonfiction and fiction all my life and my fingers knew automatically where to go even if my sick brain could not read it back. So I very often took rescue there with Alex, the computer voice that read back to me all the misspelled words and never complained about my need to explore adventures with Neil Gaiman’s character Death.