Extremely different realities are responsible for keeping me alive 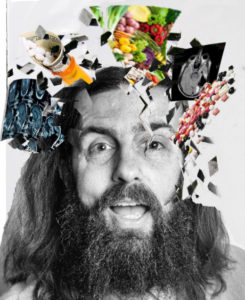 Many different doctors I met along the way have had radically different visions of my brain, and especially of the essential philosophy they would follow to keep me alive for a bit longer. While most of the oncologists I met think that pills are the best cure, most surgeon are convinced that I actually only need their cuts, and I also do give myself some very high credits for my radical culinary ventures. Sadly, the way that all of these very different paradigms have been presented to me, has made it quite tricky to choose one single survival strategy.
I do understand that there is a big and legitimate issue with the ego of the people who have spent most of their life on an idea, and need to prove that they are the best, but please do hold on a second. While I accept that perhaps I should ignore some offers like the scorpion venom from Cuba, I do have to remember that actually I should not ignore most of the other approaches and views, as there might be some fundamental truths in those as well. Yes, at times it does happen that one of my funky diets disrupts the effect of the pharmaceutical pills but very often it does not, and actually, by concentrating on cooking healthy food the activities and thoughts of my brain stay positive. Which, by doing so definitely can even influence the work of those pills.
I don’t think that anyone – not even the hyper academic thinkers that I met – can deny that the character and attitude of the nurses passing by and keeping an eye on their patients does not positively and profoundly influence the ultimate goal. And so, once we start looking at the new wider consciousness of the profound importance of the entire group, it becomes obvious that the economy should not be an issue. In order to make it work, no single member of the wider team can be preoccupied by financial stress.
It has taken me a while to feel at ease with these thoughts, but ultimately I have learned to embrace the seemingly random parallel complexities of the various scientists and doctors that have taken care of me. While by themselves in their own world they just have to live with the dark statistics on the imminent death of anyone with GBM, now looking at the various tales of different paradigms and styles that I have encountered they seem sincerely all very excited that they have participated and kept me alive.
The main reason why I am aware of all of these new trains of thought is that these days there are some doctors who have started to actually give priority to this type of complex approach. In order for us to embrace one of these extremely complicated realities (like the bacteria playing with my brain with whom I talk in my book) we have to create and embrace an inter-dependency of styles. Where all parts are equally necessary.
Similarly to the present political thoughts and actions, we will have to recognize that complexity just can’t be read or solved by a bunch of single human beings just sitting next to each other in a parliament. We actually will always need a collaboration among a bunch of people to let some form of collective intelligence emerge. Something that neither you nor I could have already thought of, that can only be born by the sharing of information and energy.